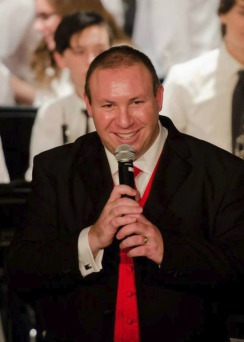 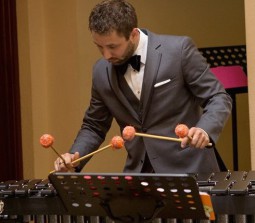 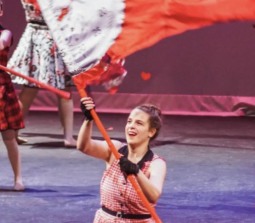 Mr. Levin is currently in his 23rd year as Director of Bands at Crystal Lake Central High School where he directs 2 concert bands, percussion ensemble, jazz band, pep band, pit orchestra, and the Marching Tiger Band. During his tenure he has led the bands to performances in Orlando (4x), New York, San Francisco, Toronto, Honolulu (2x), and Italy. In addition, he teaches courses in Guitar, Music Technology, Music Appreciation, and AP Music Theory. Mr. Levin also serves as the Activities Director for CLCHS and was named "Outstanding Activity Director" from the Illinois Directors of Student Activities in 2019. Originally from Buffalo Grove, Mr. Levin graduated Bronze Tablet (with Honors) from the University of Illinois Urbana-Champaign in 1998.  He completed his Masters of Music Education degree from Vandercook College of Music in Chicago in 2003 and, in 2006, earned a Certificate of Advanced Studies in Educational Leadership and Administration from National-Louis University.  Mr. Levin's primary instrument is clarinet and you can see him performing around the McHenry County area.  He lives in Crystal Lake with his wife Gretchen (CLC '92), daughters Grace (CLC '20) & Ella (CLC '22), dogs Melody, Minnie, and Oliver, and cats Josie, Addison, and Nellie. Outside of band, Mr. Levin loves to cook, travel, and cheer on his daughters in Tiger Volleyball!

Mr. Houston has been working with the Tiger Band since 2011 as our Drumline Instructor, percussion coach, Jazz Combo director, and Jazz Band 2 director. Houston studied Music Education at the University of Dayton (2010) where he served as the Drumline Captain with the Pride of Dayton marching band and received his Master's in Percussion Performance from the Chicago College of Performing Arts at Roosevelt University (2014). He has been performing throughout the Chicagoland are since 2010. Houston's specialty is on the Vibraphone. He has performed at the Jazz Showcase, Iwan Ries Lounge, Union League Club, and numerous festivals in the Northwest Suburbs. He can be heard playing drumset on various albums with Andrew D. Huber, and also performs regularly with the Stan Dard Jazz Project. Outside of CLC, Mr. Houston co-owns Culture, Arts, and Music, co-directs the Potts & Pans steelpan ensemble, and is the general music teacher at South Elementary School. His free time is spent with his wife and with Star Wars.

Ms. Schneyr began working with the Marching Tiger Band as the Color Guard instructor in 2019. She is an alumna of Prairie Ridge High School, where she was the 3-year guard captain of the Wolfpack Marching Band. As a past performer and captain of Convergence Winterguard, she is now on their teaching staff as a technician/choreographer. Outsode of color guard, Bailey is also an instrumentalist, and has a great appreciate for all sections of the marching band. She studies flute at Carthage College, and is a pit musician, playing flute, clarinet, and saxophone with the Lakeside Players in Kenosha, WI. She plays bass drum in her college pep band, performs with the Crystal Lake Strikers Drumline, and is an instructor for the Girls on the Drum program. Currently pursuing a Music Education degree, she aspires to teach elementary/middle school band in the Crystal Lake area. Bailey is a triplet and both of her sisters also participate in color guard!